A Monday in Manchester

Today we went to Manchester.  This is actually the city that we flew into, but we did not really see any of it when we first got here.  It took us about an hour to get to Manchester by way of train.  While we knew that we wanted to go to Manchester, we didn't decide until the last minute to go today.  We had a good trip there, as the kids always enjoy being on the train.   As soon as we came out of the train station, Caroline saw the huge ferris wheel.  She could not stop talking about it!  The entire day we tried to avoid the ferris wheel, but unfortunately it was so large that we could see it from all over the city.
Chad wanted to visit the Cathedral, so we made a stop there.  Tucker did his usual echo test by making unusual noises the entire time we were in the building.  He still thinks this is funny and Caroline encourages it!  It was really warm today so we went through the air conditioned arcades whenever possible.  Caroline saw the bus ride and had to jump on.  The bus was nice because there was plenty of room for both kids.  I think they rode it 3 or 4 times and took turns driving the bus.
Meanwhile, Chad's eyes were getting redder by the minute and oozing like crazy.  We went to the pharmacy and spoke with a health advisor.  She suggested that Chad use antibiotic eye drops in hopes that the infection will go away soon!  We think he has pink eye (in both eyes) brought on by hay fever.  It was strange to get medicine that easily, where as in the states, you would have to get an appointment, see the doctor and the have a prescription to get an antibiotic.  This was a nice surprise.
We figured that it was probably time to go home, as Chad could barely see.  It was about 4:30 and the train was packed.  Everyone must have just gotten off work.  Caroline had ice cream which made me very nervous on such a crowded train.  I just knew it was going to get on everything.  I was wrong!  She did a great job and other than her face being covered in ice cream, everything  else was clean.  We got off the train, stopped at the grocery and made the long trek back home.  After a quick dinner, Tucker went right to sleep (I guess sleeping on his sister's shoulder wasn't that comfortable...see last picture) and Caroline was not too far behind him. 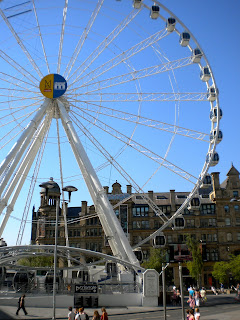 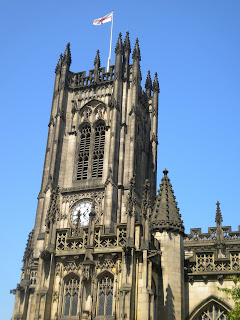 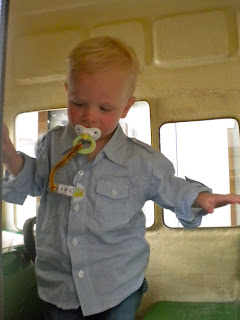 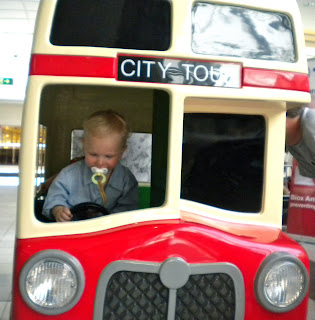 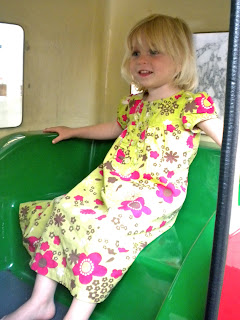 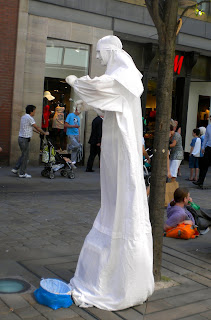 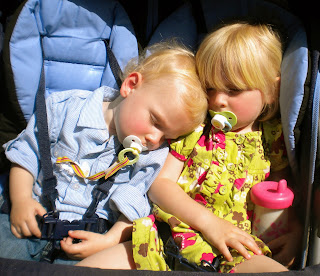