On Thursday Anna graciously stayed at home with Caroline and Tucker so Chad and I could have a day off!  Yay!  We had been wanting to go to Liverpool and felt like this was the day to go.  It was just shy of two hours away via train.  It was a million times easier doing this without a stroller and "iffy" 2 year old in tow!  We made our first stop at Lewis's Department Store...had to stop there as well as get a picture!  From there we went to Liverpool Cathedral which is the fifth largest in the world.  It was massive!  We had a nice, quiet, take your time sort of lunch at the refectory...don't forget we did not have the kids!
We then wandered down to the Albert Dock area.  Of course we had to get some sort of Beatles souvenir.  The official store had Beatles everything!  We did a little more looking around and shopping and then stopped for ice cream.  This was a treat for us because ice cream is not something we encourage with the kids on a warm day.  We have avoided it all summer and Chad and I really wanted some!  Although we could have stayed away much longer, we didn't want to leave Anna but for so long.  We know first hand how tiring it can be watching the kids all day, especially when you are not used to it.
We went to the train station to check out departure times.  We had about 45 minutes so we went to the nearest pub until it was time to board our train.  We came back to the station and got on the very crowded train.  We were lucky to find seats as many people were standing in the aisle.  I am not sure how long we sat, but it felt like forever!  It was getting hotter by the minute and the train wasn't moving.  Suddenly, everyone began to get off the train even though we did not hear an announcement.  We followed the crowd to the next train and sat down and waited.  Turns out this was a no go as well.  All I could think was thank goodness we did not have the kids.  They would have been hot, tired and just plain old miserable.  So, onto the next train which was as far away from this one as possible.  It was not as crowded but still quite warm.  Shortly after the train pulled away, the conductor announced that the air conditioning was not working!  Again, I was thankful it was just the two of us.
We had a nice day and really appreciate Anna's willingness to hang out with the kids.  I think everyone had a good time!  Thanks a million, Anna :) 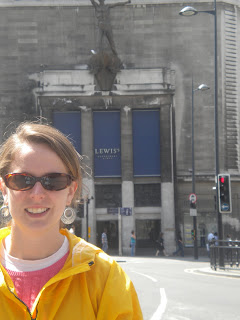 Mary outside of Lewis's Department Store. 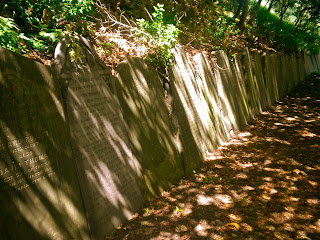 Grave stones leaning against the wall outside of the Liverpool Cathedral. Elizabeth was a very common name! 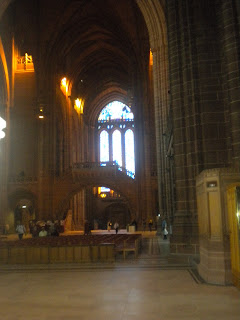 This may give you some idea of how massive the cathedral is.  Huge! 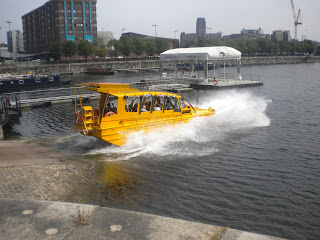 This is one of the car/boats.  I could never just drive down the ramp into the water, and hope the boat kicks in! 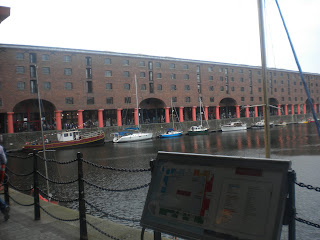 Albert Dock is filled with shops and restaurants. 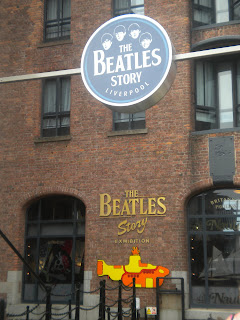 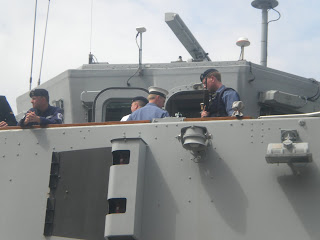 It was my pleasure - we had a great time and glad that you got a break. Missing you all!