Yesterday I did some research online about what there is to do for kids in this area.  Chad also did some research by asking the cleaning ladies.  They suggested several indoor soft play facilities.  I found numerous soft play places around here, which makes sense because it rains so much.  This morning we went to Fizzy Lizard in Huddersfield.  Caroline and Tucker practically squealed when they saw it!  It was lots of fun!  The kids played and played and played.  There is a cafe just to the right of the play area.  Chad and I ate lunch and Tucker and Caroline took a bite here and there.  Caroline got stuck at one point and looked at the little boy next to her and said "Help me, boy!"  He looked at her like she was crazy.
Once we thought the kids were finally tired, we left and went to TK Maxx.  This was a new one so we decided to check it out.  Tucker was tired and fell asleep right after we left the play place.  Caroline, however did not feel the need to sleep.  We got a steal on a couple of cute dresses for her.  Unfortunately, the little boys section wasn't so great.  We did get Tuck a little pirate ship with four pirates.  The idea was that they could share this toy.  Apparently, they don't have the same idea as I do.
We went to a little shoe store after that and found some wellies for Caroline.  It is a good thing we did because as I write this, Tucker is crying because Chad just fussed at him for throwing Caroline's tennis shoe in the toilet.  He didn't stop there...he just threw his tennis shoe in the toilet, too.  I guess he is living up to the name the lady at the church gave him last week- "Tucker the Terrible." 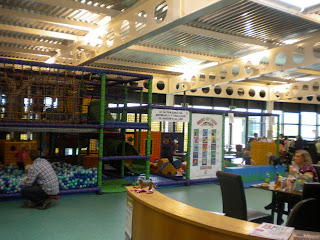 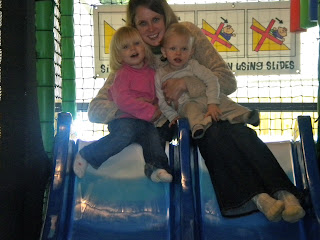 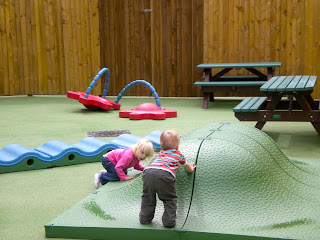 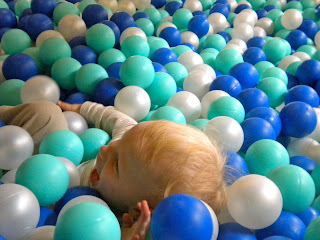 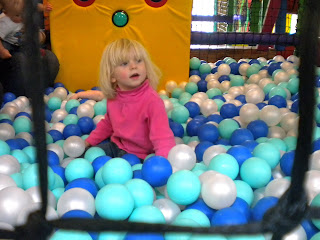 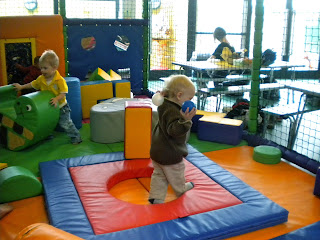 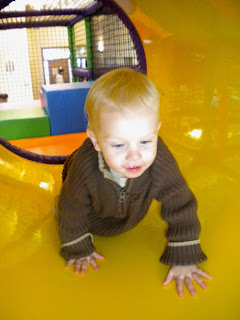 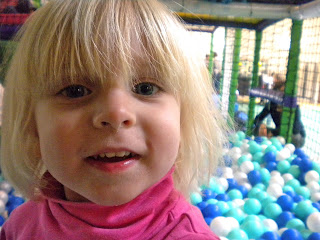 This place looks great! Wish we could join y'all!