On Saturday night we had our last official picnic at Lake Cheston. The kids had so much fun playing in the sand and lake with their buddies! It was nice for the adults to actually be able to sit down and talk with out having to jump up every second to help a child. I thought the kids played very well together (other than Tucker's constant need to throw sand). 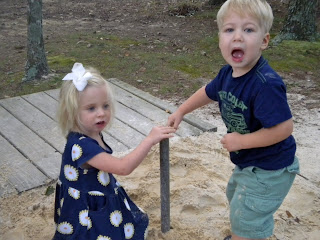 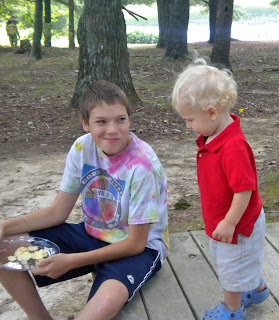 Tucker spotted food and made his way over to Abe to try and steal a chip or two. 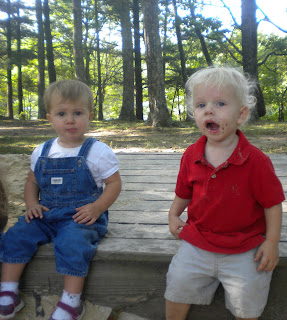 Meggie and Tucker before the sand throwing began. It looks like Tucker had been eating the sand and dirt. 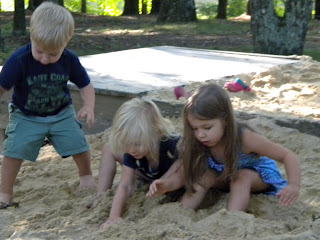 Caroline and her buddies, Hannah and Gus. 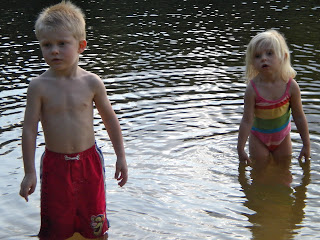 Ryan and Caroline spent much of the afternoon playing in the water. This year, we were prepared and brought swimsuits! 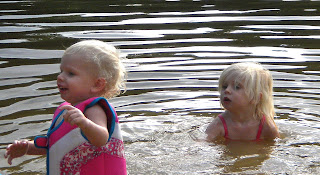 Tuck and Caroline loved swimming in the murky lake water! 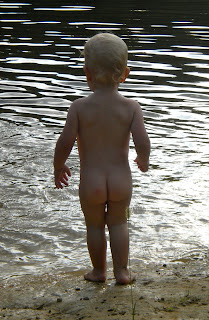 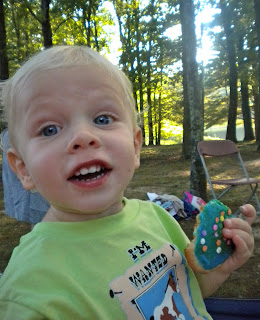 Tucker got dry clothes an a blue cookie! Very exciting! 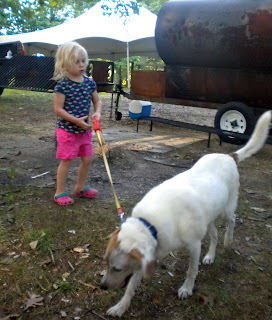